How to Build the Biggest and Most Complex Discovery Machines

What engineering needs to be done???

The ring is a vacuum chamber. Centripetal force keeps the charged particle travelling around the ring. A magnetic field B is the source of centripetal force and makes the particles go around in a circle.

When B is increased so must the velocity, v as r must remain constant. To achieve this the particle must be accelerated.

There is a direct relationship between the speed of charged particles and their radius of curvature of the path.

We will then get an acceleration of the particles from an electric field, according to:

F = qE where F is the force vector, q is the charge and E is the electric field intensity vector.

Now, the magnetic force is equal to the centripetal force of the circular movement (it is what makes it move in a circle!), so we get the cyclotron equation from equating the two:

Cancelling a ‘v’ and rearranging we have

r = mv/qB where r is the radius of the particle orbit (radius of curvature).

To accelerate particles, the accelerators are fitted with metallic chambers containing an electromagnetic field known as radiofrequency (RF) cavities. Charged particles injected into this field receive an electrical impulse that accelerates them.

The field in an RF cavity is made to oscillate (switch direction) at a given frequency. In the LHC, each RF cavity is tuned to oscillate at 400 MHz. When the beam has reached the required energy, an ideally timed proton with exactly the right energy will not be accelerated. By contrast, protons with slightly different energies arriving earlier or later will be accelerated or decelerated so that they stay close to the desired energy. In this way, the particle beam is sorted into packs of protons called “bunches”.

These need low voltage electronics, safety systems and high voltage electrical engineering. We have an example of a kind of kicker at RAL, the pulsed magnet system.

Signals may have to be amplified.

High current engineering is necessary to kick the particles to the desired place.

30T is used for a short period of time.

The bank of capacitors stores charge, to provide current which is passed via the thyristors to the magnets. Energy needs to be dissipated in the resistor banks.

These are required to simulate the processes involved.

An operational amplifier (often op-amp or opamp) is a DC-coupled high-gain electronic voltage amplifier with a differential input and, usually, a single-ended output. In this configuration, an op-amp produces an output potential (relative to circuit ground) that is typically hundreds of thousands of times larger than the potential difference between its input terminals. Operational amplifiers had their origins in analogue computers, where they were used to perform mathematical operations in many linear, non-linear, and frequency-dependent circuits.

An OPAMP amplifies small analogue signals. It is involved in the following processes

To detect the radial position of the beam

To amplify a detector hit

To turn an optical signal into an electrical signal

ATLAS uses an optical system to check for equipment movement.

It is called inverting because the op-amp changes the phase angle of the output signal exactly 180 degrees out of phase with respect to input signal. 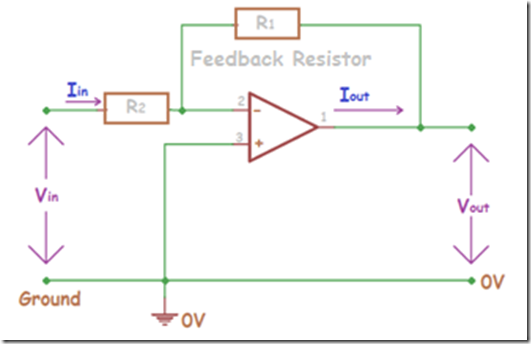 The basic non-inverting amplifier circuit using an op-amp is shown below. In this circuit the signal is applied to the non-inverting input of the amplifier. However the feedback is taken from the output via a resistor to the inverting input of the operational amplifier where another resistor is taken to ground. It is the value of these two resistors that govern the gain of the operational amplifier circuit.

The input signal to the differentiator is applied to the capacitor. The capacitor blocks any DC content so there is no current flow to the amplifier summing point, X resulting in zero output voltage. The capacitor only allows AC type input voltage changes to pass through and whose frequency is dependent on the rate of change of the input signal.

In other words the magnitude of the output signal is determined by the length of time a voltage is present at its input as the current through the feedback loop charges or discharges the capacitor as the required negative feedback occurs through the capacitor. 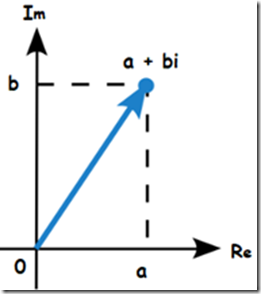 A complex number can be visually represented as a pair of numbers (a, b) forming a vector on a diagram called an Argand diagram, representing the complex plane. “Re” is the real axis, “Im” is the imaginary axis, and i satisfies i2 = −1.

Thanks to the toolbox supplied by mathematicians, engineers can get their head around their circuits. Engineers tend to use j rather than i for imaginary numbers.

12 channel plan circuit board is a bit like a town. The different colours mean different layers.

The mechanics of the electronics 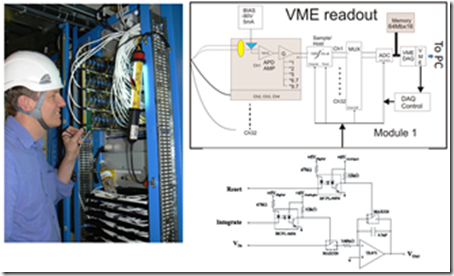 Two simulation packages for the mechanical engineering aspect of CERN 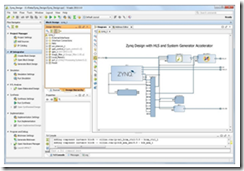 What do engineers do to deliver the detector that the physicists want?

Roughly speaking, the category of work can be split as follow:

Staves are support structures for components, such as detectors, at CERN 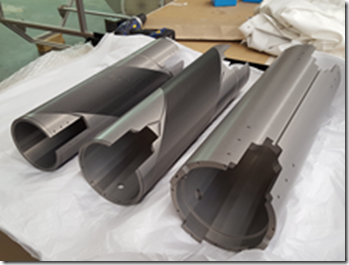 Coil formers are components found in a transformer (an electrical device that transfers energy between two or more circuits). They’re commonly used in electrical printed circuit boards (PCBs) to produce the energy needed to power electrical machines such as motors and generators.

With Coil being wound

Photofabrication in the Denys Wilkinson Building

Photofabrication has been part of the Oxford physics department for over 30 years, making printed circuit boards and etched components primarily for the department but also the university and local industry.

A shim is a thin and often tapered or wedged piece of material, used to fill small gaps or spaces between objects. Shims are typically used in order to support, adjust for better fit, or provide a level surface. Shims may also be used as spacers to fill gaps between parts subject to wear.

An etch line is a line of demarcation between the etched and unetched portions on a material.

Flexible cables are used as control, signal and power cables in a variety of applications.

Multi-layer printed circuit boards have trace layers inside the board. This is achieved by laminating a stack of materials in a press by applying pressure and heat for a period of time. This results in an inseparable one piece product. For example, a four-layer PCB can be fabricated by starting from a two-sided copper-clad laminate, etch the circuitry on both sides, then laminate to the top and bottom pre-preg and copper foil. It is then drilled, plated, and etched again to get traces on top and bottom layers.

The inner layers are given a complete machine inspection before lamination because afterwards mistakes cannot be corrected. The automatic optical inspection system compares an image of the board with the digital image generated from the original design data.

The facility has the equipment and expertise for the design, deposition, and measurement of a wide range of high quality thin film coatings

Coatings are designed using specialised computer software, and then produced, in a class 10,000 clean room, using both thermal and electron beam evaporation techniques

Recently ion beam assisted deposition (IBAD) has been introduced to improve the coatings. Five coating machines are currently in use, all very adaptable to different configurations, to allow the greatest variety of work to be carried out.

Dual beam spectrophotometers and an ellipsometer are available for accurate measurements.

Work is mainly done for groups within the physics department, although some work is undertaken for other university departments as well as outside organisations.

Preparation and analysis of research materials

Although the risk is very small you can never be sure that capacitors are discharged, therefore keep a distance of 2 meters from the bank. Marking on the floor is in place.

Only 5 visitors allowed into the room at a time

Risk control 1: Visits only allowed with supervisor of the facility present.