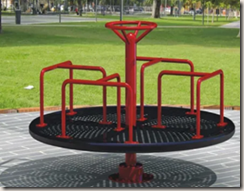 Unfortunately, you need to find a roundabout or turntable in a playground to do this. So, if you can find one, stand on it and lean backward and get a friend to give a gentle push.

As you lean towards the middle, and stand up straight, you suddenly spin round very fast. To slow down you simply lean back out again. Be careful because you can get very dizzy.

To understand how the turntable works, and what it can be used for, you need to look at what happens to things when they are spinning.

The first thing to say about the turntable is that it does not work because of centrifugal force or even centripetal force but it is to do with an object spinning.

In Newtonian mechanics, the centrifugal force is an inertial force (also called a “fictitious” or “pseudo” force) that appears to act on all objects when viewed in a rotating frame of reference. We physics teachers hate the term and think it should be banned.

A centripetal force (from Latin centrum, “centre” and petere, “to seek”) is a force that makes a body follow a curved path. Isaac Newton described it as “a force by which bodies are drawn or impelled, or in any way tend, towards a point as to a centre”. In Newtonian mechanics, gravity provides the centripetal force causing astronomical orbits. 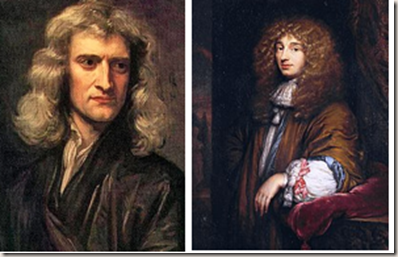 Sir Isaac Newton PRS (25 December 1642 – 20 March 1726/27) was an English mathematician, physicist, astronomer, theologian, and author (described in his own day as a “natural philosopher”) who is widely recognised as one of the most influential scientists of all time and as a key figure in the scientific revolution.

Christiaan Huygens FRS (14 April 1629 – 8 July 1695), also spelled Huyghens, was a Dutch physicist, mathematician, astronomer and inventor, who is widely regarded as one of the greatest scientists of all time and a major figure in the scientific revolution.

The correct term for what you see on the turntable is the conservation of angular momentum, and this has more to do with the storing of energy in things as they spin.

Another misunderstanding is that you can produce movement just by moving in an out while the turntable is stationary. The effect will only happen after you have been given an initial burst of energy, either by pushing with your feet or getting a gentle push from someone else.

So how does the turntable really work?

Imagine using it. The key to the change in speed is how you stand on the turntable.

To begin with push off and lean back. The turntable moves your weight in the circle traced in the picture below. The ‘push’ adds energy to the system and is being used to turn you in this circle at quite a slow rate of rotation. The rate is slow because your weight is displaced from the centre. Most of the energy is being used to simply turn you round and round. 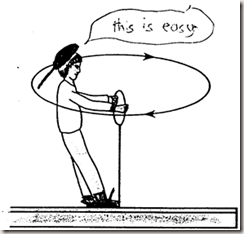 When you pull your weight into the centre you trace a smaller circle (see below). To do this you require less energy than you did before. Energy can’t just disappear (the law of conservation of energy won’t let it) so the rest of it is used to spin you at a faster rate. 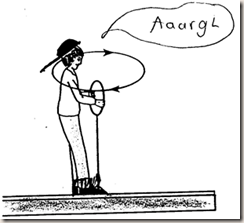 Energy can neither be created nor destroyed; rather, it can only be transformed or transferred from one form to another.

In the case of the turntable energy has been stored in the slow spin and is then released as you pull yourself in. As a result, you go faster and you could get dizzy in the process.

The amount of spin on the turntable depends on the weight, where the weight is located and how much energy you give it initially.

If you are lucky to find a turntable then experiment by leaning back further or watch people who weigh more than yourself. The interesting point of the turntable is that the angular momentum always remains the same. The value for the momentum when you lean back is the same as when you lean in. When you lean out the rate of rotation is low but the distance travelled is large. When you move inwards the distance is smaller but the rate of rotation increases to give the same overall value of angular momentum.

A simpler way to get the feel of the theory is to imagine carrying a ladder as in the picture below.

Here the ladder’s weight is all over the place. If you imagine trying to twist from the waist it would be very difficult, because of where the ladder is. You would only be able to twist very slowly. 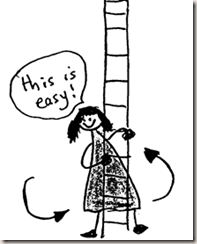 But if you move the ladder closer to your body, as shown in the picture above, you will be able to twist easily and at a greater rate. It is the same on the turntable. The key is where your weight is concentrated.

What use is the theory?

A flywheel is like the turntable and it can store energy.

A flywheel is a mechanical device specifically designed to efficiently store rotational energy (kinetic energy), which is proportional to the square of its rotational speed and its mass. 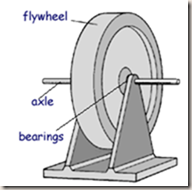 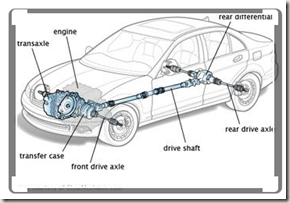 The flywheel is heavy and once it starts spinning it carries on for a long time. It has a lot of momentum. Because of this it can store energy and can be used to drive machinery for a long time. 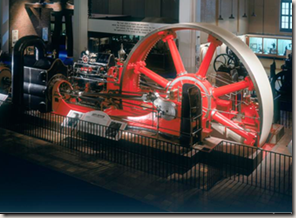 The Mill Engine pictured above is an enormous flywheel which was use to drive machinery in a Lancashire Mill. To control its speed, it has ‘governers’ which move in an out and have the same effect as changing position on the turntable.

Ice skaters and ballet dancers use this theory when they spin around. They begin turning slowly with their hands extended. As they pull their arms in they increase their rotational speed dramatically. 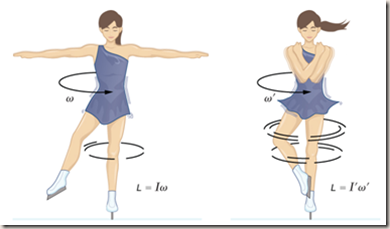 Stars obey this rule too.

The Crab Nebula (catalogue designations M1, NGC 1952, Taurus A) is a supernova remnant in the constellation of Taurus. 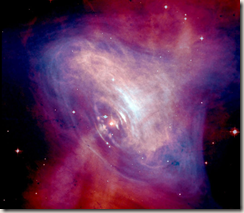 Peering deep into M1, this spectacular Hubble image captures the nebula’s beating heart: the rapidly spinning pulsar at its core. Bright wisps are moving outward from the pulsar (the rightmost of the two bright stars near the centre of the image) at half the speed of light to form an expanding ring. These wisps form along magnetic field lines in a gas of extremely energetic particles driven into space by the highly magnetized, rapidly rotating neutron star.

A neutron star is the collapsed core of a massive supergiant star, which had a total mass of between 10 and 25 solar masses, possibly more if the star was especially metal-rich. Neutron stars are the smallest and densest stellar objects, excluding black holes and hypothetical white holes, quark stars, and strange stars. Neutron stars have a radius on the order of 10 kilometres and a mass of about 1.4 solar masses. They result from the supernova explosion of a massive star, combined with gravitational collapse, that compresses the core past white dwarf star density to that of atomic nuclei.

A pulsar is a highly magnetised rotating neutron star that emits beams of electromagnetic radiation out of its magnetic poles.

The Crab Pulsar (PSR B0531+21) is a relatively young neutron star. The star is the central star in the Crab Nebula, a remnant of the supernova SN 1054, which was widely observed on Earth in the year 1054. Discovered in 1968, the pulsar was the first to be connected with a supernova remnant. 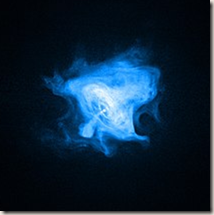 It is 28–30 kilometres (about 0.0001 of the original diameter) across with a spin rate of 30.2 times per second, which emits pulses of radiation from gamma rays to radio waves. At X-ray and gamma ray energies above 30 keV,

Since its mass is so concentrated near the centre of rotation its speed has increased enormously. From perhaps one turn per month to its present observed rate of 30.2 time each second.

Some artificial satellite are accidentally launched with a certain amount of spin, By fitting them with two masses, which can be extended, the speed of rotation can be reduced.